I wasn’t murdered by a cop today, but I did have a near miss as the result of bad driving advice from a 20-something deputy for the Carver County Sheriff’s Office.

Here is my report of the incident, which I wrote on Facebook about an hour after the cop left my house without even saying “sorry.” In fact, he blamed the incident on me not putting the vehicle in park (I did, of course, and showed it to him):

I almost got murdered this morning at approximately 10 a.m. after following a deputy’s instructions on how to get my mom’s vehicle up our driveway in this awful weather. My vehicle started rolling back down the driveway as I was getting out. I consider myself lucky for getting out of the situation without so much as a scratch.

I was still mad at him, so I made another post:

I hope the 20-something deputy who nearly killed me today never forgets about what he did. If he thinks he’s F.B.I. material, he better look at my current profile picture, which I made this morning, of the F.B.I. seal—namely, the words “fidelity,” “bravery,” and “integrity.”

If a deputy told you to jump off a bridge, would you do it? 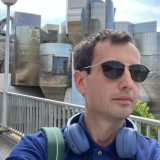